I am sitting here on a plane crying. I just don’t feel like leaving my son today.

He is 8 years old. He is generally a good child. He does well in school. He devours books. He enjoys math. He is just as likely to break into dance as he is to play.  He is obsessed with all sports and loves memorizing stats and reading biographies of famous athletes past and present.

He studied every detail of Roberto Clemente’s life story and picked this as his Halloween costume. He was so excited for weeks as each piece of the costume arrived.

My son is outgoing  and has always been the boisterous one in the crowd. He has lots of friends. So of course he was over the moon excited to go out with them in his costume last night.

Whatever our criticisms of Halloween may be (it’s a made up holiday, it encourages unhealthy eating, it exemplifies our society’s socioeconomic divides, getting dressed up in costume is just stupid…) the thrill of kids on this day (before they hit the sugar feuled meltdown anyway) is a joy for parents to witness.

And last night my husband and I had to deny my son that experience. He will grow up some day and may read this and so I will be purposely vague on details here. And I know he already feels so bad.  But, suffice it to say that his behavior the last few weeks in terms of respecting others has been deficient. The poor boy feels terrible afterward each incident buy can’t seem stop it from happening in the first place. We have had three episodes of disrespectful behavior in as many weeks.

Despite his obvious remorse for his most recent transgression, we couldn’t just let life go on as usual. He needed to be sternly punished. So we took away trick or treating. He sobbed in his room for hours leading up to the evening. He paced the yard while all the other kids came to trick or treat at our door. It was a tough night for him though he finally did settle down to enjoy a neighborhood party we hosted afterwards. Still the heartbreak in his eyes when the other kids were trading their candy was hard to witness.

It was so hard to stick to our guns yesterday.  And today, when I walked by his open door and saw his uncovered pillow since he had taken off the pillow case first thing yesterday morning for his candy bag, I just lost it. Now I was the one sobbing while he was calm and introspective this morning.

Today, he did not seem mad at us anymore. He expressed understanding of why we did what we did and what he needs to work on in the coming days, weeks, and months to regain our trust. But my heart was still breaking for having robbed him of that stupid made up experience that would have made him fat and rotted his teeth.

It was an appropriate punishment but I still feel awful. As I fly away with the poor guy in seat 21B wondering why I am sobbing, I feel awful that my typically rambunctious yet sweet boy is acting out. I feel worse that I won’t be spending the next few days with him to help him sort through his feelings and strategize about how to behave better from now on.

Whatever parenting pride I had yesterday that we stuck to our guns and rendered a swift and appropriate punishment is gone now, replaced by the emotional pain of a really hard moment in tough love parenting. Hoping this feeling and my son’s misbehavior will be a thing of the past soon. 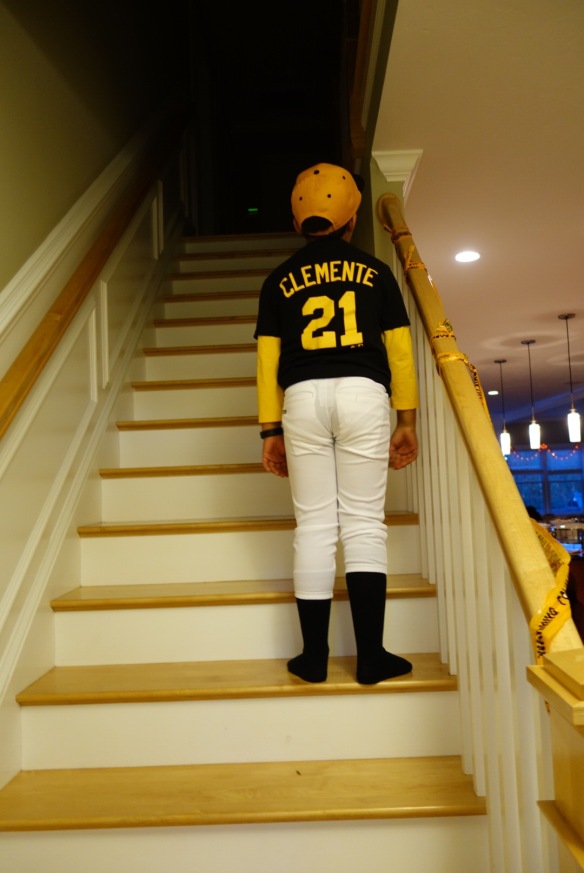