It was very nice of my cousin to plan her wedding in the same town as my alma mater and across the river from the start/finish of a pretty popular road race for our region. Their big day finally arrived after a long and exhausting weekend of activities (as you likely well know if you have been following this series).

I will confess that I find taming 6 yards of silk in a ball gown esque creation with just a couple of safety pins remains a huge challenge for me. I am grateful that my patient and artistic husband is always willing to help. Here is the end result after referring to memory and a few YouTube videos. I accessorized with my wedding jewelry, the Movado watch (its second appearance of the weekend), and a new bangle from Amrita Singh (who has brought Indian style jewelry into mainstream fashionista closets across America). It was also an opportunity to debut the Christian Louboutins I acquired some months ago now (I needed the perfect outfit to pair them with, hence the delay). As an aside, deciding to debut your 5 inch stiletto Louboutins the day after dancing all night and running 13.2 miles in the morning is sort of questionable decision making. Alas, my heart was set on it and I had not packed any reasonable alternatives. 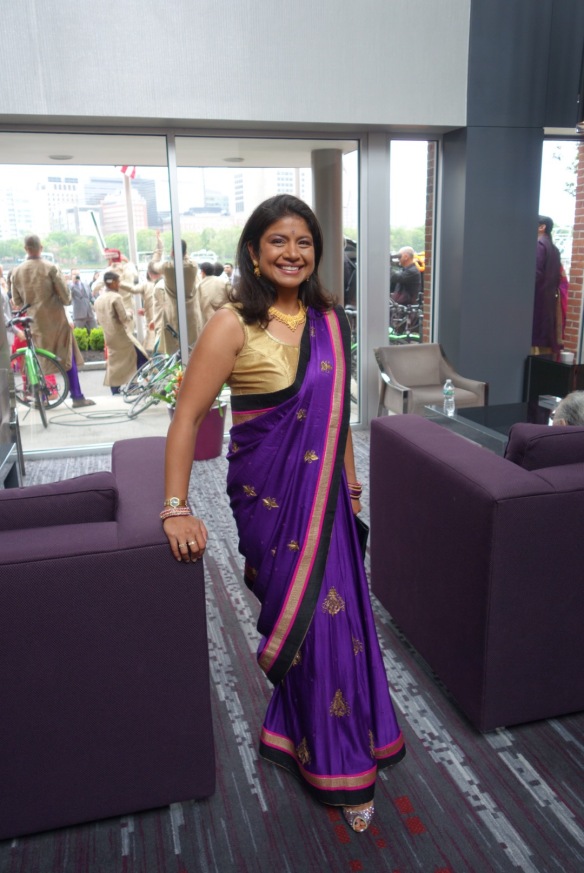 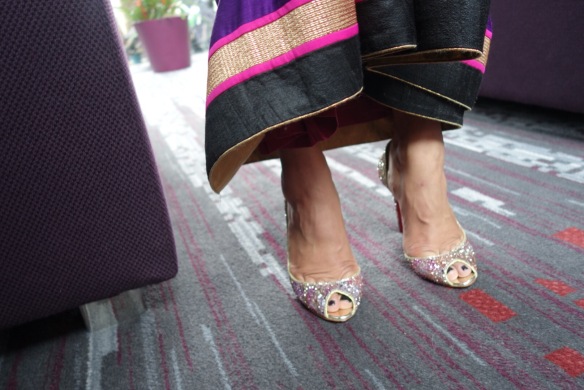 And here’s a peek at the happy couple.